Home / Guide / Digital Products Every one should own 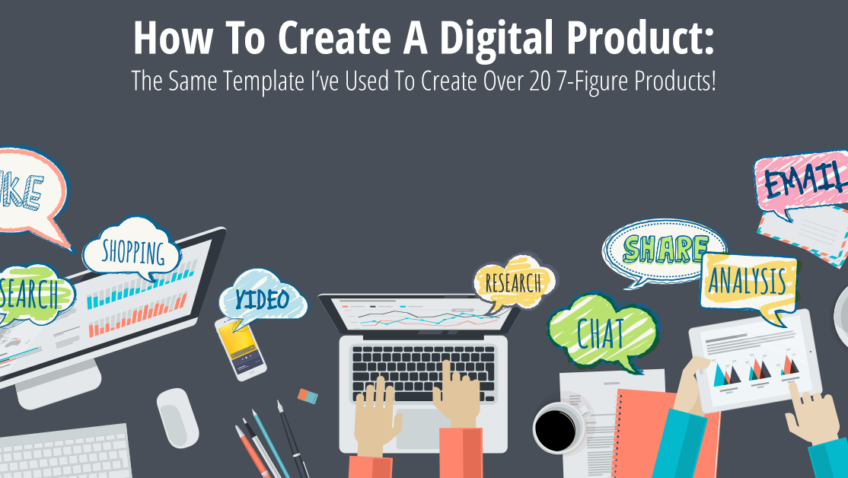 Digital Products Every one should own

What should you buy? Right now, the best quality desktop seems to be HP, followed closely by Lenovo, then Dell. Yes, there are other brands, and specialty brands like Gamers – but their quality control seems to fluctuate and their customer service isn’t always up to par. Notebooks – Toshiba is one of the top-rated, and so is HP.

EVERY manufacturer however has models that are lemons … whehter a desktop or a laptop, so REASEARCH BEFORE YOU BUY, and avoid problems. For example, there are some laptops out there (some Dell models for example) where, to change a hard drive, requires near TOTAL disassembly! OUCH! So, a $70 or $80 part, that is USUALLY removed by taking out 2 to 4 screws, requires a near total disassemlby! As the question goes, “WHAT WERE THEY THINKING?” Well, probably to keep small, local shops from doing non-warranty work, or so it would seem! Today, only a few companies make the main components for computers, like mainboards and processors. There are several different brands of hard drives – but they’re all made by a few companies. 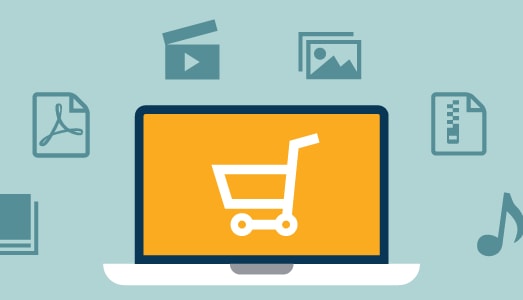 Same thing with memory – a few companies actually manufacture the product, and put a company’s “branding” on it. Most people know about Dell and HP computers … and until you get into the notebooks, they seem like the only companies; but they’re not. There is also Lenovo – the former IBM brand; and eMachines, bought by Gateway that was bought by Acer. Acer is a decent brand; eMachine for the price is decent, and Gateway – JUNK with a reputation for THE worst customer service in the industry when, at one time, they were THE best in customer service. We could sell extended warranties, and make a 100% profit at least 99% of the time! It would be ripping you off however! So SAVE YOUR MONEY. Why? All an extended warranty on a computer is, is you – the customer, PRE-PAYING for what MIGHT go wrong. Almost always, when a computer has defective parts, they will evidence that in the first week, month or two. MOST parts do not cost as much as the exended warranties do! So, what do we do? We will recommend what to buy, based upon YOUR needs, and if that means sending you to the competiton, so be it – you DESERVE the “biggesf bang for your buck,” and we intend to help you get it. Some important information when buying a computer, ANYWHERE: We do not carry a large inventory of computers. WHY? Because we get our customers THE BEST PRICE available.

That means when our customers shop for a computer, we check with our suppliers, AND with the local competition. Sad to say, that since some of our competition buy computers by the boxcar load, we may not always be able to provide the same computer, or not at a lower price. Now here is were you can get ripped off, or buy junk, or buy products that just do not seem to meet industry standards, or at least consumer expectations! We use only NAME BRAND parts, and we NEVER use parts from non-branded suppliers. Routers? Linksys, Netgear, D-Link, Trend … all have their good and bad points. For wireless routers, the standards change almost as fast as the makers can get them on store shelves. WiFi is becoming faster and faster, but the real concern for most users is, and should be, SECURITY.

Get at least an “N” series router. The WiFi standard, basically, is 802.11 and there are (still) 802.11a/b routers – STAY AWAY! They’re slow, and NOT secure. If you have an 802.11g, consider upgrading to an 802.11n – they’re faster and more secure, but if you use a “G” in our area, it’s not as risky generally speaking, as the larger metro areas. Whether WiFi or cable/DSL Internet, the MOST important thing is to keep your Anti-Virus UP-TO-DATE! Monitors? Samsung is my favorite – as far as I know, they still have 3 year warranties, but that’s subject to change. They have decent prices too. These days, go LED and stay away from the LCD’s unless you’re looking for a low price only. Basically, like most things computer – it’s all about BUDGET. Have small kids? I’d go LCD just because if they break it, you’re not out big bucks, BUT … honestly, the LED monitors have come down so far in price that perhaps that’s not such a big deal. Both are somewhat fragile, the LCD a bit more so; but with either on notebooks – BE CAREFUL. Desktop monitors rarely get moved, but notebooks do all the time, and the fragile nature of the LCD/LED monitors often times cost unneded repairs because a screen lid was slammed down in anger, or by a child who’s too young to be on a notebook. (By the way, notebook keyboards – HOW MANY we have changed because young children just seem to like to pop-off the keys.

SOMETIMES, they can be re-seated … sometimes not. Notebooks are NOT for young children!) There are plenty of other monitor brands out there, including Dell, HP, Hanns, and several others. READ THE REVIEWS when buying! Memory? The MOST EFFECTIVE, and the CHEAPEST upgrade to just about any generation of computer, is MEMORY. Most computers come with the minimum memory to save the manufacturer production costs and increase competitiveness. Most, Dell ESPECIALLY, typically charge way MORE than what memory is worth. The catch is to ensure you get memory that is COMPATIBLE with your computer make & model. Most stores can answer that, but a bit of online research can too. Most computer makers provide online lists of compatible memory brands, types and speeds. CD – DVD Burners? Like most things involving computer parts, all the different brands are made by a handful of manufacturers. Today, a typical CD – DVD Burner is BOTH and are known as DVD Multi-Burners, or CD/DVD-R meaning that play and R (Record) either CD’s or DVD’s. Many people think that CD/DVD’s are going the way of the floppy drive, and being replaced by Flash, or so-called “thumb” drives.

They are … well, kind of! The Flash drives, while FAST, and HUGE in comparison to a DVD or especially the lowly CD, can be finnicky. Meaning what? I’ve had customers in a panic because they’ve dropped something on a Flash drive as it sticks out of the computer, and it gets broken off. Some we’ve been able to temporarily fix long enough to pull the files off, some we haven’t. OUCH! Good-bye pictures, term papers and in one poor fellow’s case, his entire doctorate’s thesis! WHAT TO DO? Simple. USE BOTH! Right now, the almost near permanent storage is still the optical disk – the trusty CD and more so, the DVD. They DO, as it turns out, have a shelf-life … reportedly 10 years or so, but the Flash Drives, while possibly indefinate under PERFECT conditions, simply do not in real life. They get run over, broken off, and oh, did I mention STATIC electricity? Or a stray surge through the USB Port? GOOD-BYE DATA! External Hard Drives? Again, many brands by a few manufacturers. Yes, great for HUGE (replaceable) data like music; but for rare family photos, tax records, and such? Not so much.

Why? Well, they hold WAY more than a CD/DVD or even a large capacity Flash Drive … but they are MECHANICAL. Need I say more? Mechanical things BREAK … eventually, ALL mechanical things break, or wear out. Guess what? PAPER copies of documents will probably last longer, at least in a safe or a safety deposit box! So why not safely store a combination of storage/back-ups? Video Cards? Probably more brands, models and styles than any other PC part! You can spend a few bucks, to $1,000 or more on a video card.

Gamers? OMG … gaming people gotta have THE biggest, baddest card on the block. I’ve seen guys spend $500 on a computer, and put a $1,200. video card in it! SERIOULSY? Video cards are like … well, cars. If you can aford a Lamborghini, and can spend that kind of money without guilt, go for it. Same with video cards. If you’re just an average user like we are – I went through my gaming phase, and figured out there’s really a lot more to life than blowing up aliens, and musrats … well, at least in the computer world … anyhow, MOST of us only need a basic video card – 512MB or 1GB video cards; even on-board video if your machine is for business and you’re not doing CAD or you’re not an architect kind of user. Cables? This is the one area manufacturers should be EMBARRASSED about … the one where consumers are REALLY getting taken for a RIDE. Ripped-off! With the old, ANALOG modems, and sound, cables and connectors made SOME difference. LISTEN UP! With DIGITAL signals … it makes VERY LITTLE difference whether the cable is one brand or another, and whether the connectgors are “Gold Plated!” or “Titanium,” or just plain old COPPER! A digital signal will only go so fast – no faster through gold or copper. Don’t waste money on “gold” this, or gold that … buy basic cables of a name brand, or a trusted source. You’ll pay HALF here, what you will for the same cable at ANY of the “big” box stores. 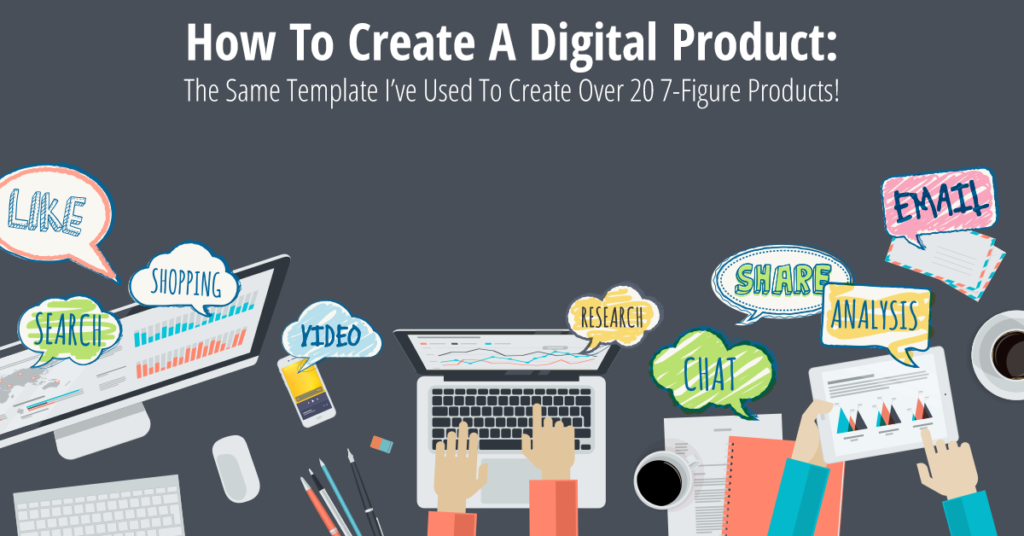 That’s just to highlight a few things … of course there are keyboards, mice, sound cards, speakers, cameras and all sorts of other components … just DO YOUR RESEARCH. Ask your FRIENDS, but don’t be swayed into the “Spending more, gets more.” With some things, but rarely with computers!

I don’t like HP – great printers but SO MUCH BLOATWARE. Cannon – even WORSE. Brother – not too bad. Epson – the least bloatware that I know of, and great quality and reputation. Doesn’t matter – it’s all PERSONAL CHOICE & PREFERENCE. Want to SAVE MONEY THOUGH? If buying an inkjet, NEVER buy one with a single, “one tank prints all colors.” You’ll go broke buying ink! One, or two-tanks printers are a bad idea. A one-tank system, mixes three colors (red, yellow, blue) to get a wide sepctrum of colors and even almost black and everyting in between. Two-tank systems just do the same but prints a true black color. What do you buy? A FOUR tank system. What? FOUR? Yeah…. when you run out of blue ink, you’re only tossing the empty blue tank … not a tank that has three CHAMBERS for each color. With those, when one color runs empty, the other chambers could be half or more full and a LOT of ink is wasted, and a lot of extra money speant.

View all posts by Kelly →